Welcome to Our House! 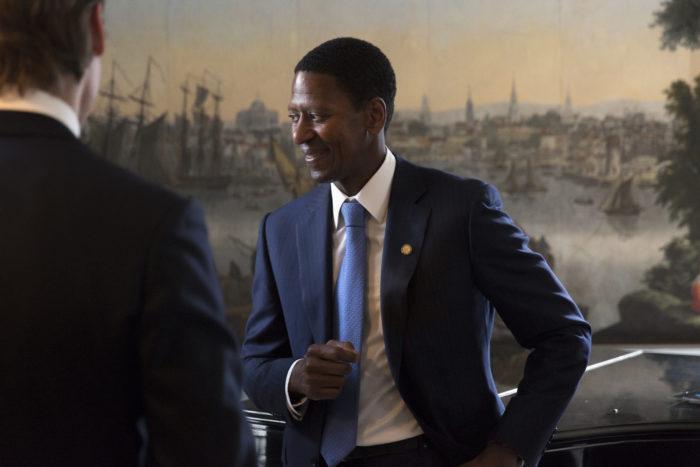 As the President of I-House New York, I am honored to be a part of a unique residential community and programs center that has successfully promoted international understanding and cultural exchange for over 96 years.

You will find the “I-House Experience” to be many things at once: safe, inclusive, challenging, interesting and fun. As we welcome annually more than 700 Residents from 100+ countries, I-House is one of the most diverse residences in the world. Here, “diversity” is more than a catchphrase: it is built into the very fabric of our existence.

Diversity in our community is purposeful: living here exposes you to unexpected experiences and perspectives, along with many opportunities to make lifelong friends from all over the world. You’ll have chance encounters with other talented graduate students, scholars and trainees; you’ll be able to attend a wide range of events, to learn from distinguished visiting speakers, and to connect meaningfully with our worldwide Alumni network as well as our prominent Trustees.

As a complement to the academics that may anchor our Residents in New York City, the I-House Experience makes an impact in them that is subtle but long-lasting and profound: Residents leave I-House with a deeper understanding of other perspectives and the ability to navigate across cultures and geographies, guided by core values of Respect, Empathy and Moral Courage. I-House changes how you see the world – and how the world sees you.

Our mission to promote peace through cross-cultural understanding grew out of the aftermath of World War I, when countries started to look inward. This mission has never changed, and our staff remains committed. As globalization brings new opportunities and complexities, our work to prepare leaders for the global community resonates with renewed urgency. The I-House Experience is needed more than ever, and we look forward to sharing it with you. 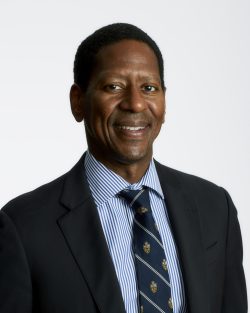 Calvin Sims, President & CEO
A cross-sector leader with more than 20 years of experience in journalism, philanthropy and international affairs, Calvin Sims was appointed to his current role in 2013. Prior to joining I-House, Calvin served as Program Officer for the Ford Foundation beginning in 2007, focusing on the development of a free and responsible press worldwide. His work helped foster new and innovative models of reporting, disseminating and financing news, with a concentration on social justice issues, diversity of voices, standards and ethics, and press freedoms. Prior to that role, Calvin spent 20 years at The New York Times, where he was a director, producer and foreign correspondent and played a central role in the newspaper’s expansion into television, documentaries and the web. He anchored the Times’s nightly television news program, hosted a weekly podcast on foreign affairs, and produced an acclaimed documentary for PBS on the rise of radical Islam in Indonesia. As a foreign correspondent, Calvin was based in Buenos Aires, Tokyo, Seoul and Jakarta.

A native of California, Calvin is a 1985 graduate of Yale University and has held the Edward R. Murrow Press Fellowship at the Council on Foreign Relations and the Ferris Professorship of Journalism at Princeton University. Calvin’s international experience has included conducting workshops and cultural exchange programs for journalists in Turkey, Armenia and Azerbaijan as part of an effort by American University and the US State Department to resolve historical conflicts. He speaks Spanish and conversational Japanese. Calvin is a Trustee of the Harlem Educational Activities Fund and a Trustee of the National Book Foundation, which administers the National Book Awards. 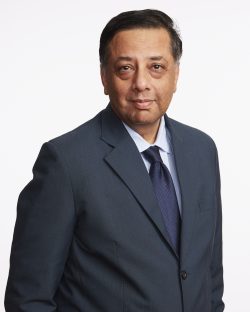 Deepak Butani, VP, Finance & Administration
Deepak Butani started at International House in January 2016. He has over 20 years of not-for-profit accounting experience. Prior to this position he was the Chief Financial Officer/Vice President at Urban Horizons/ WHEDco and the Chief Financial Officer at Care for the Homeless. Earlier he held controllership positions at the American Red Cross in Greater NY and at Bronx Works. Deepak is a licensed Certified Public Accountant (CPA), Certified Management Accountant (CMA) and Certified Financial Manager (CFM). He earned an MBA, JD, and LLM (magna cum laude) from Thomas Jefferson School of Law. Currently he serves as Treasurer on the boards of Friends of Van Cortland, NY and The Council of School Associations, NJ. 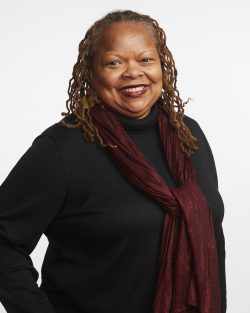 Sharon La Cruise, VP, Admissions, Programs & Resident Life
Sharon La Cruise previously worked as a program manager and consultant for the Ford Foundation for ten years. She has worked in television and film for 20 years, both in the corporate and production aspects of the business. In 2011, she completed the film “Daisy Bates: First Lady of Little Rock,” a feature-length documentary on civil rights activist Daisy Bates, which was broadcast on February 2, 2012 on PBS’ Independent Lens. Her television career began with ABC Primetime sales, and she has worked for Blackside, Inc., Firelight Media, Roja Productions, The Faith Project, The Coca-Cola Company, the 1996 Summer Olympic Games, and CNN. She has worked on: Dixie Chicks: Shut up & Sing, Going Up River: The Long War of John Kerry, Beyond Brown: Pursing the Promise, CitizenKing, Matters of Race, This Far ByFaith: African-American Spiritual Journeys, Zora Neale Hurston: Jump at the Sun, and CNN’s Through the Lens, The Road to the White House and The Planetary Police. She is the recipient of the 2015 Adelphi University Distinguished Alumnae Award, a member of the International Documentary Association, the Schomburg Center for Research in Black Culture, and the National Museum of African American History and Culture. Sharon holds an MA in Television Journalism from New York University, and a BA in History from Adelphi University. 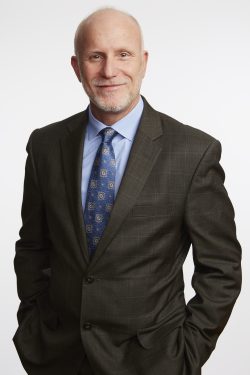 Larry Palfini, VP, Facilities Management & Site Operations
Responsible for Facilities, Public Safety, Information Technology and Resident and Guest Services, Larry Palfini leads a team of over 50 dedicated professionals who provide operational support services to our residential community of postgraduate students. Larry is responsible for developing and implementing the organization’s annual and long term year strategic capital project plan. In this role he works very closely with the Residents, senior staff, and the Trustees through the House, Finance and Executive committees, to ensure alignment with the organization’s vision, mission, values and strategic plan. Prior to joining International House, Larry worked for the iconic luxury jeweler Tiffany and Company for 25 years. He was the Vice President of Global Facilities and Store Construction, managing over 200 capital projects per year and responsible for leading a team of over 75 professionals. Some of his most significant accomplishments included the design, construction and relocation of Tiffany’s corporate offices in New York City and the ground-up construction and site development for two distribution/ fulfillment centers in New Jersey. Larry is a graduate of C.U.N.Y. and holds a Bachelor of Science degree in Economics and Management. 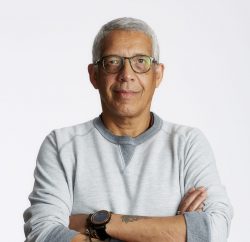 Heriberto Altieri, Director of Information Technology
Bringing over 20 years of experience in information technology, Heriberto Altieri joined International House in May of 2010 and currently leads projects that facilitate network and wifi operations and communications across the organization, utilizing a variety of software and hardware. Previously, Heriberto was Information Technology Manager at Yeshiva University, managing their data center and information systems. 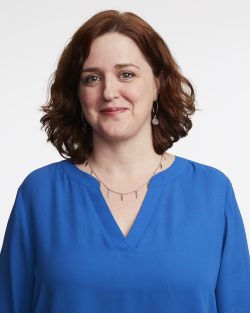 Megan Amouzou, Director of Admissions
Megan Amouzou leads the operations of recruiting and selecting the best and brightest residents to build an engaged and diverse community. She also is chair of the committee that awards more than $500,000 in need-based financial aid to ensure that the diversity of community extends beyond the geographic to socioeconomic diversity. Born in Missouri, Megan was a young child when her family moved to Guatemala, where her parents worked as missionaries providing health care and job training to local villagers. After three years in Guatemala, her family moved to Ossining, New York. Megan holds a BA from SUNY Oswego in Spanish and Russian and spent her entire senior year abroad, studying one semester in Moscow and one in Madrid. She came to International House as Admissions Coordinator in May 1997 and was promoted to Assistant Director of Admissions just a year later, becoming Director of Admissions in 2001. 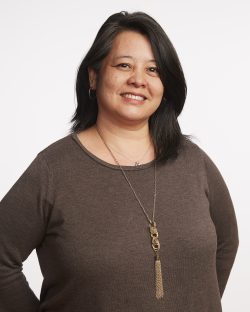 Nanette Francia-Cotter, Director of Organizational Development & Human Resources
Nanette Francia Cotter is a human resources/ organizational development executive with over 18 years of comprehensive experience including recruitment and retention, conflict resolution, change management, labor relations and benefits administration. Prior to coming on board as part-time Human Resources Manager, Nanette was Deputy Director of the New York Civil Liberties Union for nine years, working closely with the Executive Director on all organizational development and management issues. Prior to that, she was Director of Administration & Personnel for three years at the Food Bank for New York City. Before this, over a period of six years, Nanette held a number of positions at Open Society Institute/ Soros Foundations, including Deputy Director of the Central Eurasia Project. She was also a founding board member of the Common Language Project (now the Seattle Globalist), whose mission is to elevate diverse voices through media. She was part of the pioneer group of the United States Peace Corps in Kazakhstan, working as an ESL teacher. Nanette attended the MPA program at Columbia University/School of International & Public Affairs (SIPA) and received her BA from Rutgers University with a major in Political Science and a double-minor in Spanish and Philosophy. 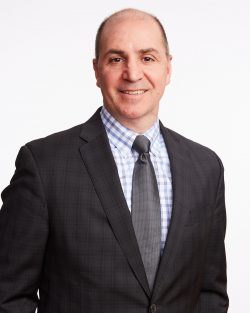 Vincent Melito, Group Director of Facilities & Site Operations
With more than 24 years’ experience in design, construction and facilities management, as well as international business Vincent Melito has had a long-standing career with positions at illustrious organizations such as NatWest Bank, British Airways, Tiffany & Co., and now International House. His design and construction experience varies from residential design, luxury retail, commercial real estate, health & wellness and hospitality design, and his graduate studies focused on environmental design in the corporate workplace. He has worked on numerous LEED-certified projects and energy-reducing initiatives with the overall goal of reducing the impact on the global environment. At I-House, Vincent manages the day-to-day operations and facilities management for both the North and South buildings, comprising of over 300,000 square feet of dormitory and resident meeting and dining spaces. His team of over 35 dedicated and experienced staff maintains the overall appearance and functionality of the I-House facilities, as well as the management of Resident & Guest Services. His team also manages the vendor relationships with over 14 dedicated facility service providers, including the Resident Dining service vendor, AVI. Vincent holds a degree in Architecture from New York Institute of Technology, and has completed Graduate studies at Adelphi University and Harvard Graduate School. 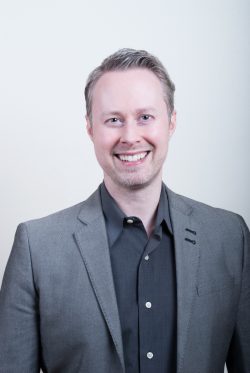 Michael Walter, Special Assistant to the President & Manager of the Executive Office
In his role, Michael Walter supports the work of the president across the organization, spearheads the development of initiatives and relationships on behalf of the President’s Office, manages board relations, and oversees International House’s first-ever archive project. Previously, Michael worked at Open Society Foundations, where he evaluated nonprofit boards for alignment with best practices and worked in its US Programs and Justice Initiative divisions. He has also worked in regional government and the private sector. He holds an MA in Nonfiction Writing from Portland State University.