I-House Sees a Leader in Each Resident and Community Member.

We aim not only to transform global perspectives, but also to prepare leaders for the global community. “The Leader In Me” campaign showcases the I-House experience through this lens. Through conversations with some of our Residents, Alumni, Staff, and Supporters, we explore the many forms of leadership being modeled across the I-House community.

Enjoy these stories, and check back for more. Share your own by emailing communications@ihouse-nyc.org or connecting with @ihouseNYC on social media with #leaderinme.

“You can be a leader of a group, and of your own life, by living your life the way you want it to be.” 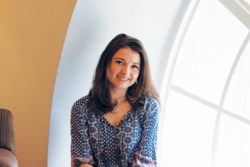 Marie came to I-House to attend Columbia University’s Graduate School of Journalism and is now working as a journalist on Wall Street. In her time at I-House, Marie has pushed herself to create interpersonal relationships with those who are different from her, learning how to reach out across language and cultures to connect. She believes this ability to understand others is her most important leadership skill.

“Leaders seek to understand before being understood.” 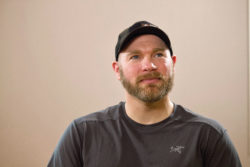 TJ is studying Conflict Resolution in a Master’s program at Columbia University. Before he came to New York City, he served in the US military, where he learned to lead by example. After he left the military, he thought that the brotherhood and cohesion that he found there could not be replicated, but to his surprise, he found a similar spirit at I-House. “The people at I-House make this place a home with a global aspect,” he says. He believes that at I-House, leadership lives in the act of inviting a new Resident to join your table or going out of your way to give someone a gentle hand of encouragement when they need someone to be by their side.

“There is no recipe for leadership; it’s all about trying many things and learning.” 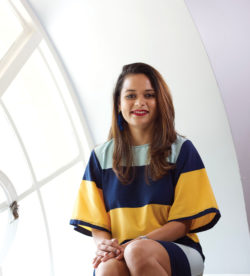 Arushi has been using her time at I-House to hone her skills in workforce development. While pursuing her Master’s degree in Human Resource Management and Labor Relations at the New York Institute of Technology, she works as a consultant for Lifton by ADP as well as in I-House’s own Human Resources department. She is also a Fellow in the Women’s International Leadership Program (WIL), which gives her access to mentorship and programming centered on developing skills like public speaking, strategic planning and execution of her ideas. During her time here, Arushi has learned to cherish and value diversity, and these experiences are giving her a foundation from which she can carry out her work with empathy and effectiveness.

“We are all leaders in our own right. Imagine what we can accomplish if we all put our heads together.” 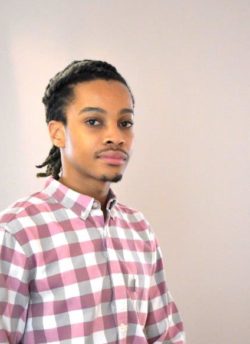 Originally from Haiti, Jonathan is studying Religion at Columbia University. Jonathan has been named a Program Fellow at I-House, responsible for creating opportunities for Residents to come together and explore their differences in a safe and welcoming environment. Also, as the 2018 president of the LGBTQ+ Alliance at I-House, he convenes events centered on topics around identity and activism. Jonathan believes that everyone has the potential to be an agent of change, and that our purpose as agents is to inspire hope in others, and in turn, to make the world a place where everyone serves one another.

“Leadership is about accommodating yourself and others into a situation, regardless of how difficult it may be.” 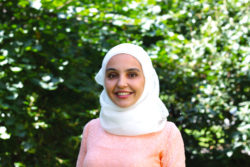 In Syria, Ola worked for the United Nations Development Programme as well as the UNHCR, bringing with her a background in international affairs and the logistics of refugee movement. She came to I-House with her two young children to reunite with her husband, Hani, a graduate student studying Social Work at Columbia University. During her time here, she has been proactive in creating a warm and vibrant space for all the Resident families at I-House, where children can grow up with the values of respect for different cultures, empathy for those in different situations, and the moral courage to speak up and take action for what’s right.