In honor of Women’s History Month, we celebrate just a few of our notable alumnae.

Leontyne Price (b. 1927) ’52, is a world-renowned diva who became the first African American to perform in a lead at the Metropolitan Opera. While she was studying at Julliard, Price lived at I-House and worked at the front desk. During this time, the opera singer often gave impromptu recitals to fellow residents on Sunday afternoons in the Main Lounge. Price went on to serve on the International House Board of Trustees for more than 30 years and gave a benefit concert at the House in 1992 to support resident programs. 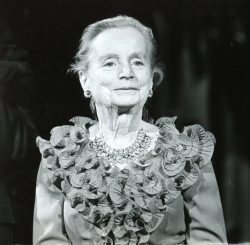 Kathryn Wasserman Davis (1907-2013) ’32, was a dedicated philanthropist and civic leader who was passionate about education and international affairs. She lived at I-House while obtaining her master’s degree in International Relations from Columbia University. Davis truly embodied the mission of I-House, and on her 100th birthday, she created the Davis Projects for Peace fellowship program to encourage and support students to build peacemaking projects. Every year, a number of these fellowships are earmarked for Residents of I-House NY. 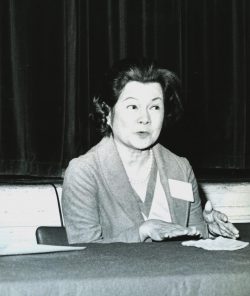 Dr. Estefania Aldaba-Lim (1917-2006) ’44, was an accomplished and internationally respected clinical psychologist whose contributions spanned much of the twentieth century. She lived at International House while studying Education at Columbia, Teacher’s College. Dr. Lim became the first Filipino clinical psychologist and the first female secretary of any Cabinet of the Philippines, serving as Secretary of Social Services and Development from 1971 to 1977.