The 2020 Awards Gala has been cancelled.

We regret to announce the 2020 International House Awards Gala on May 5, 2020 in New York City has been cancelled due to the impact of COVID-19 on our community and operations. We are grateful to our wonderful honorees, George Takei, Mary Miller, and Ray Wareham, for their support of this difficult decision. It speaks to their extraordinary character that they have all committed to maintaining their level of support for the Gala despite the change in circumstances. We appreciate their request that we turn the focus to the needs of International House and on protecting the Residents who are weathering the storm together inside the House during this difficult time.

The International House Awards Gala recognizes notable individuals and institutions for their contributions to leadership and intercultural understanding. Since 1924, International House has afforded a unique cross-cultural experience that nurtures core values of  Respect, Empathy and Moral Courage in its Residents. To ensure diversity of perspective and experience, International House offers substantial financial assistance to students in need—much of  it provided through the proceeds of the Awards Gala. 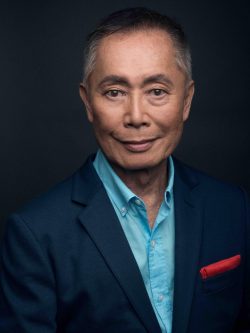 George Takei is best known for his portrayal of “Hikaru Sulu” in the acclaimed television and film series, Star Trek. An actor, social justice activist, social media megapower, and New York Times bestselling author, Takei originated the role of “Sam Kimura” and “Ojii-Chan” in the Broadway musical, “Allegiance,” and is the subject of To Be Takei, a documentary on his life and career. Takei’s acting career has spanned five decades, with more than 40 feature films and hundreds of television guest-starring roles to his credit.

With the outbreak of World War II, Los Angeles, California-born Takei and his family were placed behind the barbed-wire enclosures of United States internment camps along with 120,000 other Japanese Americans. Inspired by this difficult chapter of American history, Takei developed the Broadway musical “Allegiance,” an epic story of love, family and heroism, in which he starred alongside Tony Award winner Lea Salonga. The show’s record-breaking world premiere, at the Old Globe Theatre in San Diego in 2012, won multiple awards, and was followed by a Broadway run in 2015-2016.

Now a community activist, Takei serves as chair of the council of governors of East West Players, the nation’s foremost Asian Pacific American theater. He is also a member of the Human Rights Campaign, the largest national lesbian, gay, bisexual, and transgender political organization. Takei is Chairman Emeritus of the Japanese American National Museum‘s Board of Trustees; a member of the US-Japan Bridging Foundation Board of Directors; and served on the Board of the Japan-United States Friendship Commission under President Bill Clinton. In recognition of his contribution to the Japan-United States relationship, in 2004, Takei was conferred with the Order of the Rising Sun, Gold Rays with Rosette, by His Majesty, the Emperor of Japan. 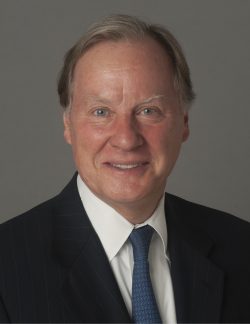 Based in New York City, Raymond N. Wareham advises high net worth individuals, families and family offices, foundations and endowments on matters of asset allocation, portfolio management, and investment planning. Prior to joining Rockefeller in 2012, Wareham was a Senior Managing Director for Bernstein Global Wealth Management. At Bernstein, he served in a number of senior roles, including as a senior portfolio manager and as head of the Wealth Management Group, which provided investment planning and asset allocation research and advice to clients; he also headed the Boston Office and co-headed the New York Private Client offices during his tenure there. Wareham previously spent 24 years at J.P. Morgan, as Managing Director in corporate finance, M&A, and underwriting capacities in New York, London, and Tokyo.

Wareham received an MBA from Harvard Business School and a BS in Industrial Engineering/Computer Science with distinction from Northwestern University, where he was elected to the DERU Senior Honor Society, the Norleggama Junior Honorary Society, the Sextant Naval Honorary Society, and Alpha Pi Mu, engineering academic honorary. He also served as a Lieutenant in the United States Navy during the Vietnam era, and is an Eagle Scout.

He has had a passion for education over his career, and served as a Director of the American School in Japan during his years in Tokyo. He served as a Trustee of The Spence School in New York for 20 years, and as Board Chair for eight, and is a member of Heads Council. He is a former Director and currently an advisor to The Stanley Isaacs Neighborhood Center. 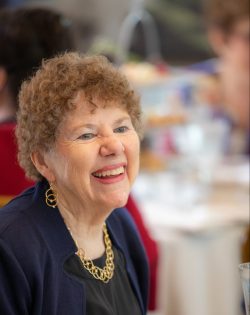 Mary FitzHugh Miller grew up in Jackson, Mississippi and earned a BA at Sweet Briar College in Virginia before coming to New York to earn her MA in English literature at Columbia University. While doing so, Mary was a Resident at International House (Fall 1964-Spring 1966); she has been an enthusiastic supporter and advocate for I-House ever since.

Miller subsequently earned an MBA at Columbia and embarked on a 38-year business career that spanned management consulting, investment research, media and financial services. After 18 years with American Express, she retired in 2003, and has since served on the boards of the American Symphony Orchestra, OppenheimerFunds, and International House.

As an International House Trustee, Miller contributed to the creation and implementation of I-House’s 5-Year Strategic Plan, which continues to guide I-House’s operations and ability to prepare Residents for the global challenges they face today. She has been married to Sam Scott Miller for 50 years and is passionate about traveling the world.