“A life-shaping experience,” he said of his time at I-House

Sidney Nakahodo is an alumnus of International House, born and raised in Brazil, and co-founder and CEO of the New York Space Alliance, a platform that empowers space entrepreneurs through mentorship, advising, investment, and community support. He also spends a lot of his time working with tech start-ups, playing a role as founder and adviser. 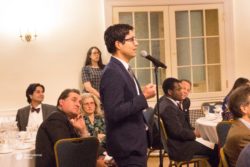 He is a current lecturer at Columbia University specializing in Political, Social, and Economic Development in Brazil, and is closely connected with Singularity University, a think tank and accelerator based at the NASA Ames Research Park, in the heart of Silicon Valley. He previously worked in the private sector and at the World Bank, and also spent time as a consultant for the United Nations Development Programme.

Nakahodo moved into I-House when he was 27 years old, after hearing about the House at an orientation session for admitted students at SIPA. He asked about housing options and they suggested he look into living at I-House. It was, in his words, “love at first sight” and was a decisive factor in his decision to go to grad school in New York. 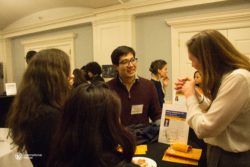 He arrived in New York the fall of 2003 to start his Master of International Affairs at SIPA, and during his time at I-House did an internship at the United Nations Development Programme (UNDP) headquarters. After two “wonderful years” at I-House he left in the summer of 2005. He then went back to his home country, Brazil, to work on economic policies as a Senior Researcher at a think-tank. In 2007 he returned to the U.S. to take a position at the World Bank in Washington, DC.

Reflecting on the two years at I-House he said there were “some of the best I’ve had in my life. I knew time would go by fast and tried to savour every moment.” He spoke of baseball games, ski trips, retreats, ballroom dance sessions, cultural hours, saloon nights, Fall Fiesta, and Sunday Supper, as some of the many activities that made his time so enjoyable. They were, in his words, “great opportunities to connect with other residents, some of whom would become friends for life.” 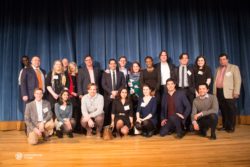 He talked about how he tried to be “an active resident as an elected member of the Residents’ Council and International Leadership Fellow recipient. I’m most proud of being one of the creators and first editor of “I-House Matters,” the primary means of communications by residents for residents before the social media era. He went on to say, “some of my fondest memories relate to late-night conversations at the pub. Such moments used to afford me a much-needed relief from a hectic academic and social schedule. They were also an excuse to procrastinate with the justification of exercising ‘cultural exchange’ and bonding with other fellow residents.” Nakahodo is still in contact with a few of his fellow I-House resident, and makes a point of visiting them whenever he travels.

When asked what skills or experiences he took away from his time at I-House he said,

“Even though I was born and raised in a multiethnic society, at I-House I acquired an even deeper appreciation for diversity, not only in cultural terms, but also with regards to different ideas and perspectives.”

When you look at the alumni of I-House they include myriad great people such as the author Chinua Achebe, poet and singer Leonard Cohen, Broadway actress Patti LuPone, Grammy award-winning musician Kinan Azmeh, and the first African-American female doctor to receive a medical patent, Dr. Patricia Bath.

Mr. Nakahodo is definitely part of this list of I-House greats!