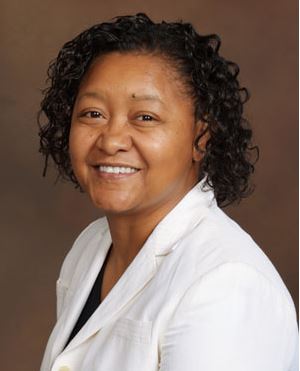 Donna Sanders greeted me with a warm smile and a firm handshake. She was right on time. As she showed me around Columbia Business School’s Uris Hall, she radiated enthusiasm for her program and her colleagues. Here was a person in her element.

Donna is a Resident at International House, studying in a joint MBA program with Hong Kong University, London Business School and Columbia. In two years, she will earn three degrees in three countries. It is a task that requires discipline, focus, and adaptability. These are qualities she has in abundance, cultivated over years of service with the US Marine Corps, and in the private sector.

Donna joined the Marines in 1994. She served primarily in North Carolina and Virginia, initially working as financial management officer, with a staff of 20 Marines. Later, she stepped into the role of Training Officer, overseeing 1200 Marines for rifle and pistol qualifications, swimming, and gas mask exercises. It was a responsibility she never took lightly: “Here if we’re late, you might get your grade marked down, but in the Marine Corps, if you are late with something, someone is going to suffer, and maybe even die.”

Leadership comes naturally to Donna, who follows in the footsteps of her father, who served as a Navy SEAL. The leadership skills she cultivated as a Training Officer enabled her to distinguish herself in the private sector as a salesperson for Johnson and Johnson. On the transition from the military to the business world, she told me, “Military officers are very good at thinking on their feet, being in a situation that is unfamiliar, knowing what the objective is, and getting to the point where you need to go.”

As she explored the private sector, she began to ponder ways that she could put her adaptability and entrepreneurial energy to use for the greater good. Her military service, and her upbringing as a Navy kid in California and Hawaii instilled in her a great appreciation for the outdoors, which would ultimately become a professional passion. “One of my favorite things I learned in the Marine Corps was orienteering, using a compass and a map. I love kayaking. I’m an avid skier. I really enjoy being outside, but I want it to be pristine. I find it almost spiritual. We need to do something about keeping it.”

At Columbia, Donna is working on projects that address the need for clean energy innovation. “We’re doing something called community solar. It’s fairly new. It entails people living in apartment buildings or condos being able to team up with each other to buy subscriptions that fund offsite solar panels. With a subscription plan, the amount of energy they collect from solar each month is offset on their energy bill. You place the panels offsite and feed the energy back into the grid.”

With input from her contacts in Asia at Hong Kong University, Donna sees great potential for community solar to address pressing energy needs in areas of high population density. She is also exploring opportunities through USAID to bring solar programs to isolated regions of developing countries. Her optimism about energy infrastructure projects also extends to International House, where she has lived since September. She wants to start a Resident group that addresses energy consumption and sustainability right here at 500 Riverside Drive.

Donna acknowledges that as a Veteran and an experienced professional, she isn’t the typical International House Resident. She has met a few Army Veterans at the House, but most people she meets represent backgrounds far different than her own. She is excited about that notion, asserting that there really is no typical resident at a place as diverse at I-House. She loves meeting new people and cultivating friends with different global perspectives, and she’s great at breaking the ice. “I’m pretty well adapted to being in different types of environments. I’ve kind of done it my whole life. When you have to move every three years and make new friends, I’m probably a lot better at it than people who have stayed in the same neighborhood, and it’s always interesting to hear people’s views.” 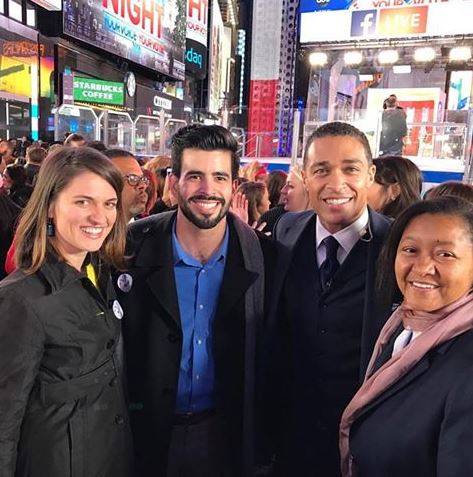 On Election Day 2016, Donna was one of three I-House Residents invited to appear on ABC News’ live streaming election coverage on Facebook. It was an exciting opportunity to share her perspective with a wide audience, and she was pleased to share the moment with fellow residents including American voters originally from Mexico and Bosnia & Herzegovina.

Donna derives her political convictions from the same belief in service that drove her to join the Marines. She told me: “I come from a family that serves. We’re very community focused people, so we spend a lot of time volunteering. I believe in a servant leader type of a model, and Hillary Clinton has served. She served as a young attorney and continued to serve as an elected official.”

While Donna was disappointed that her candidate didn’t win, she is upbeat about the future. She told me of a conversation she had with her grandmother after the election. Her grandmother lived through the strife and struggle of the 20th century, through segregation, the civil rights movement, and sending her son to fight in Vietnam. “We’ve both decided that we’ve seen worse and that we’ll make it through… I’m hopeful that we’ll be pleasantly surprised and things will go well.”

After our conversation, Donna walked me to a quiet chapel on the Columbia campus. She called it her refuge, and a place of quiet contemplation. She was happy to point out the sign by the door which welcomed worshipers of all faiths. Donna’s pride in the inclusiveness of the chapel revealed her as a perfect fit for International House. She is a person who is excited to work with people of all descriptions, and a genuine desire to serve as wide a community as possible. On this Veterans Day, we thank Donna for her selfless service as a Marine, we congratulate her for her drive, ambition and accomplishments, and we are humbled and proud to call her a member of the International House Family.