Florence Edmonds was born Florence Quay in Gaylord, Michigan, on May 13th, 1883. After graduating high school, Florence attended the Detroit School of Music. She became the director of music of public schools in Bethlehem, Pennsylvania. In 1902, Florence met Harry Edmonds while he was a student at Lehigh University, and the pair married in 1904 before moving to New York City in 1905.

Described as warm, outgoing, and exuberant, Florence is often credited as being the inspiration behind International House. It was Florence, who on that fateful day in 1909 implored her husband to “do something about it” after he encountered a lone Chinese student on the steps of Columbia University. It was also Florence who welcomed international students into her home and provided them with simple meals and warm hospitality.

These informal gatherings would later form the basis of the Intercollegiate Cosmopolitan Club, and the dinners were dubbed “Sunday Suppers,” a tradition that continues today.

Once the Intercollegiate Cosmopolitan Club was looking to expand, Harry was struggling to find investors in a post-WWI economic climate. After an unsuccessful meeting with Cleveland Dodge, who would later donate the land I-House was built upon, Florence provided forceful words of advice. In his 1969 Oral History with Berkeley, he recalls:

“Florence Edmonds then made one of her characteristic remarks which were a prod in the back. ‘Well, there must be some other way.’”

This encouragement provided the impetus for Harry to seek out other sources of capital, and eventually led him on the path to the Rockefellers, who with the Dodge family, were integral to the establishment and planning of I-House.  When International House opened its doors in 1924, Florence posted this notice throughout the building:

“This is a house of echoes. Whatever of love, friendship, and goodwill you sing into it, will come back to you.”

Florence passed away in 1933 after a short illness. In the days following, Davis Hall was “packed to the roof with the largest audience ever assembled,” as students, staff, and alumni gathered to mourn and remember the woman they both admired and loved. 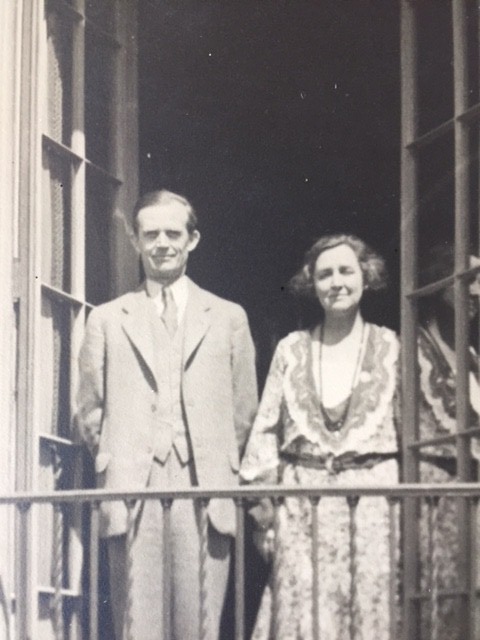