THIS EVENT HAS PASSED. A RECORDING WILL BE POSTED TO THE WEBSITE SHORTLY. PLEASE CHECK BACK.

Join us on Friday, March 12, 2021 for a conversation with Elizabeth Economy and Daniel Russel, live from Davis Hall at International House. Moderated by Ambassador Frank G. Wisner, these distinguished scholars will share their insights on the major issues facing the U.S.-China relationship in the years ahead, in the first of a four-part series of in-depth discussions on the relationship between the world’s two greatest powers – and their citizens. With their extensive, behind-the-scenes knowledge, Economy, a Senior Fellow at the Hoover Institution at Stanford University and the Council on Foreign Relations, and Russel, Vice President for International Security & Diplomacy at the Asia Society Policy Institute, will lead a thought-provoking discussion and take questions from International House residents. 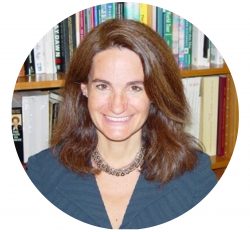 Elizabeth Economy is a Senior Fellow at the Hoover Institution at Stanford University and a Senior Fellow for China Studies at the Council on Foreign Relations. Her forthcoming book, The World According to China, explores China’s foreign policy ambitions and their impact on the international system. Her most recent book, The Third Revolution: Xi Jinping & the New Chinese State, was shortlisted for the Lionel Gelber Prize. In 2018, she was named one of the “10 Names That Matter on China Policy” by Politico Magazine. 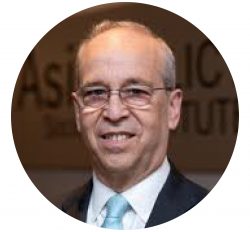 Daniel Russel is Vice President for International Security & Diplomacy at the Asia Society Policy Institute (ASPI). A career member of the Senior Foreign Service at the U.S. Department of State, he most recently served as the Assistant Secretary of State for East Asian & Pacific Affairs. Prior to that appointment, Russel served at the White House as Special Assistant to the President and National Security Council (NSC) Senior Director for Asian Affairs. 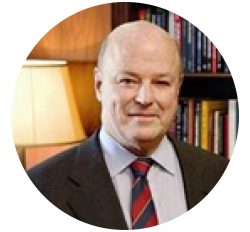 Ambassador Frank G. Wisner is Chair of the Board of Trustees of International House and an International Affairs Advisor at Squire Patton Boggs (US) LLP.  Wisner has served as the United States Ambassador to India, the Philippines, Egypt, and Zambia, and as Undersecretary of Defense for Policy, Undersecretary of State for International Security Affairs, Senior Deputy Assistant Secretary for African Affairs, and Deputy Executive Secretary of the Department of State.  After leaving government service, Wisner joined the American International Group, where he was named Vice Chairman, External Affairs.  He returned to government in 2005 to represent the Secretary of State as her special representative to the Kosovo status talks.

International House traces its origins to a chance encounter on a frosty morning in 1909 between Harry Edmonds and a Chinese student who had recently arrived in the U.S. Inspired to create a place for international students to feel at home and create a camaraderie with others, Edmonds would go on to serve as International House’s first President in 1924, and an abiding connection with China has continued for nearly a century.
Thousands of Chinese graduate students have called International House their “home” over the years, and China has featured prominently in our cultural and scholarly programming. A tapestry bearing the ancient inscription “Within the Four Seas, All Are Brothers,” gifted by the daughter of Sun Yat-sen, has hung in International House since 1925, when we held a memorial service for her father, and, in 2004, I-House hosted “China Rising: Economic and Geopolitical Implications for the 21st Century,” moderated by Trustee Fareed Zakaria.
This 2021 series on the future of U.S.-China relations aims to continue a discussion of one of the most important global topics of our time.

Please direct any questions to the Office of Programs & Resident Life.