Events of the past few months along with the July 2020 passing of Civil Rights leader and congressman John Lewis inspire us to resurface this account of a field trip undertaken by a group of I-House Resident Fellows in 2018.

In late April, 20 International House residents visited four cities in the American south to learn about the history of the American civil rights movement. For each resident, learning about the movement’s history proved transformational.

“This trip has enabled me to gain a greater understanding not only of the historical facts related to the fight against segregation and racial discrimination in voting, but also the leaders’ motives and ability to mobilize the whole country for such a noble cause,” noted resident Evans Atis.

Dubbed “The Southern Trip” by residents and organizers, the trip took residents to Atlanta, Georgia and three cities in Alabama: Birmingham, Selma, and Montgomery. Residents explored an extensive range of memorials, museums, and historical locations, including the just-opened National Memorial for Peace & Justice, which memorializes lynching victims, and the Legacy Museum, which traces the line from enslavement to current U.S.  mass incarceration laws and practices. Other highlights included visits to the King Memorial Baptist Church, the Southern Poverty Law Center, and a walk across the Edmund Pettus Bridge in Selma, which was the focus of a historic march and a 2014 film. 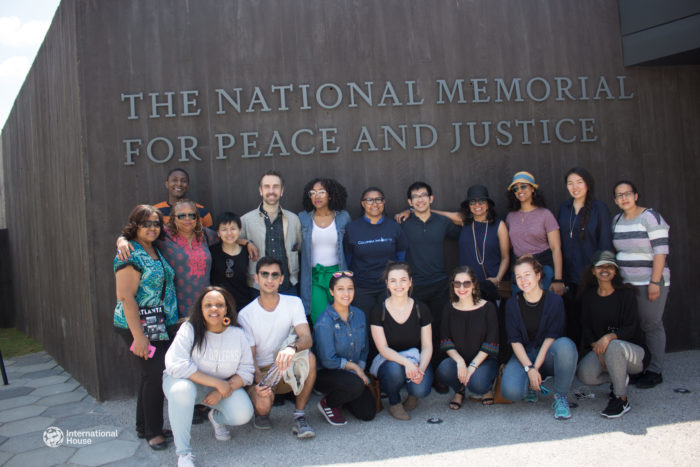 Throughout the trip, residents were immersed  in the physical environments where much of the civil rights movement occurred. They also gained direct insight into the costs that its leaders and participants paid for their moral courage. For instance, an exhibit at the Center for Civil and Human Rights in Atlanta provided insight into the physical experience of being beaten. At another point, as they toured an area called Dynamite Hill in Birmingham, they met a man who grew up in the area and recalled the Klu Klax Klan’s attacks upon its residents, as well as a visit by President John F. Kennedy to his family’s house.

The trip’s organizers asked residents to think about how the civil rights movement is part of the modern American experience, as well as its implications internationally.

“I believe the main lesson I have gained from this incredibly powerful and insightful trip is that I have to do the work,” resident Ya’arah Pinhas reflected. “I have to be responsible for asking the challenging and hurtful questions about my country’s unjust past and present.”

The American civil rights movement was marked by political, social, and legal progress on a broad spectrum of issues, including desegregation, discrimination, and voting rights. It was centered on African American communities but the resultant laws, enacted in the mid-1950s and throughout the 1960s, affected every American. The movement’s leaders included Rosa Parks and Martin Luther King, Jr., who won the Nobel Prize for his work.

The extraordinary opportunity was made possible by the Fund II Foundation and former International House trustee Anthony Spikes. The field trip is envisioned as part of a broader initiative that will provide International House residents with the opportunities to participate in transformative, immersive, issues-focused field trips. While the trips will occur in the United States, they will focus on critical issues that will affect them in their home communities as they step into leadership roles.